The history of the handpan

The Handpan is a niche product compared to other musical instruments. This is mainly due to the fact that the history of the Handpan or Hang® only began in 2000 - inspired by Steel Drums and the Ghatam (clay pitcher for percussive playing). Since steel drums are curved inwards and can only be played with mallets, Felix Rohner and Sabina Scherer from PANArt Hangbau AG had the idea of curving the steel drum outwards and thus making the instrument playable with the hands as well. This resulted in a completely new instrument that combines melodic and percussive playing. 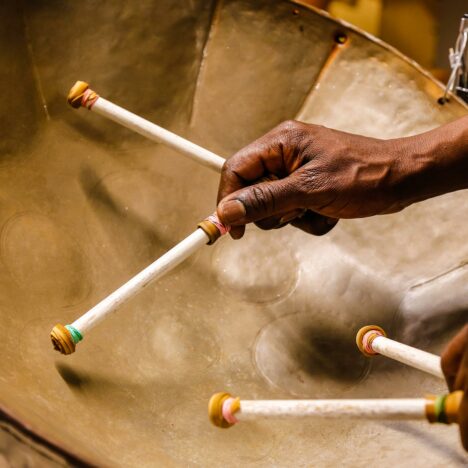 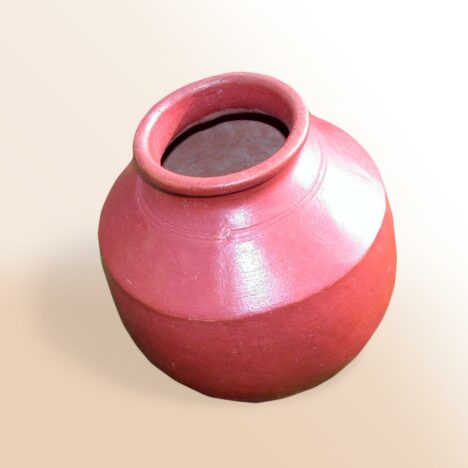 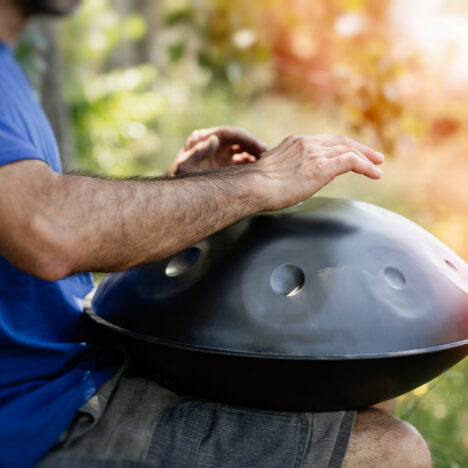 Starting in 2007, other manufacturers began developing similar instruments. Since the name Hang® is protected by PANArt, the terms Handpan or more rarely Pantam appeared for the first time; due to the Ufo-like shape of the instrument, the term Ufo Drum also appeared frequently. A distributor representing the Hang® in America introduced the name Hang Drum to illustrate that the Hang® could be played much like a drum. Since then, the name Hang Drum has become very common and is still present today, even though, according to PANArt, it is not correct, as the Hang® is not a drum.

A Hang® is the original from Switzerland from the company PANArt Hangbau AG. The instruments of all other manufacturers are handpans or pantams. This is roughly comparable to the term or brand Tempo, a synonym for any type of handkerchief.

Is the handpan in danger? Work of art or musical instrument?

The Hang® was built and sold in its original form by PANArt Hangbau AG in Bern until the end of 2013. Since production and distribution were always limited on the part of the manufacturer, the enormous demand far exceeded supply - it wasn't long before other manufacturers around the world set about building similar instruments.

A few years ago, PANArt began alerting manufacturers to the intellectual property and possible copyright infringement involved in replicating the Hang®. As a result, the first manufacturers had to adapt the shape of the Handpans, as well as note on their website that they were inspired by the creations of PANArt. They define the Hang® as a sound sculpture, a work of creative art that must be protected from mere copying by others. PANArt lays copyright claim to the lens shape, the layout and shape of the sound fields, the central dome (called the "Thing"), and the position of the lower Gu hole.

On this basis, PANArt filed its first lawsuit against a German handpan store in early 2020. The ruling is not yet final, but PANArt won at first instance. The affected store had to go offline immediately and stop selling its Handpans. This was followed by a lawsuit against another Handpan store, which also had to go offline immediately. If the ruling becomes legally binding, this would have far-reaching consequences for the entire community. Handpan manufacturers may no longer be allowed to build and distribute instruments in their previous form without first obtaining express permission from PANArt. Whether and under what conditions this would be granted, no one can say at this stage. The "Handpan Community United" was then founded by the Handpan Community.

In September 2020, the Handpan Community United (HCU) Foundation was officially established. HCU is a non-profit organization with already more than a thousand members. Its focus is on securing and protecting the international handpan community. In addition to the production and availability of the handpans, the playing and further development of the instrument should be preserved and protected. On the part of HCU, cooperative interaction between PANArt and the handpan community is desired and a collaborative compromise that satisfies both parties will be sought. A compromise, between PANArt's view of the Handpan as an art object and the Handpan community, for whom the Handpan is first and foremost a musical instrument.

However, because PANArt has hired top-notch attorneys and has already put a great deal of time and effort into the proceedings, it is believed that a precedent-setting decision will be made that, if won, would provide a legal basis for future injunctions.

The decision could thus soon affect manufacturers, stores and artists of Handpans worldwide. The right to public presentation through live concerts, videos, workshops, etc. could also be massively impaired or even prohibited. HCU is eager to create fair opportunities for those who are summoned to court and is therefore working with the renowned international law firm Bird & Bird. The experts will help HCU members defend themselves against copyright claims and take legal action. In order to continue to protect the Handpan community from legal action, HCU needs ongoing funding and therefore relies on monetary donations. In mid-October 2020, a Crowdfunding campaign campaign was launched. Anyone who would like to advocate for the handpan and support HCU is invited to join. You can find more information on the HCU website. We are grateful for any donation!