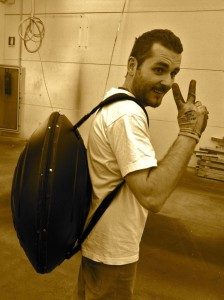 The idea of Evatek Hardcase originated from a personal need of Alessio. On his travels he looked for protection for his Handpan - and then everything went very fast. He started with a very small budget but lots of ideas. Today Evatek is the best-selling hardcase for Handpans. 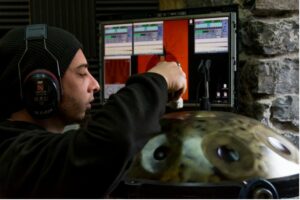 Aurélien discovered the Handpan in 2008 and started building steel tongue drums before specializing on Handpan. He has been living for about 10 years in the south of France, in the mountains, in the middle of nature, where he enjoys the peace and tranquillity to constantly develop his instruments. 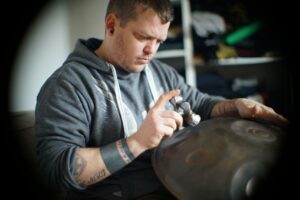 The idea of creating a living sound sculpture was inspired by my own enthusiasm and love to these instruments. I would always sit and wonder: how can I share these unique ways of expressing emotions and feelings with other people? Well that’s how the Leaf came to me. A simple but at the same time complex object which would be created through my hands and past to others. 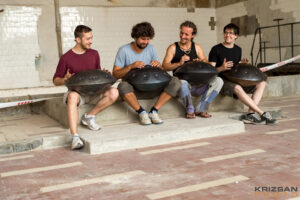 MAG Instruments was founded in 2014 by Peter, Richard, Aron and Patrik with the goal of becoming the first Hungarian handpan manufacturer to sell its instruments worldwide. Full of enthusiasm and commitment, they dedicated their energy to the development of high-quality instruments. After almost two years this process was completed: a handpan rich in sound, balanced overtones, long vibrations and a unique character. Nowadays they are selling their instruments worldwide and they are played by famous musicians like Marcel Hutter. 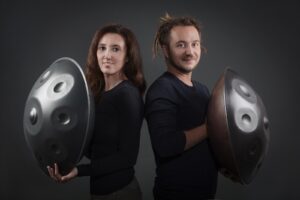 Phoenix Handpan Oil is the first product of Phoenix Handpan Care line. Thanks to the presence of natural ingredients and essencial oil with antibacterial effect, it helps to create a protective barrier on the surface without leaving residue and giving shiny finish. Phoenix Handpan Oil doesn’t contain aggressive or acidic substances. The pleasant scent of lemongrass is the natural smell of some ingredients in their secret formula. 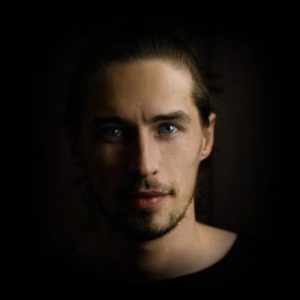 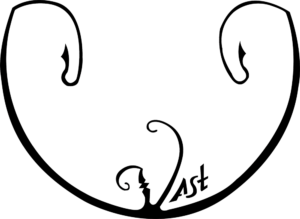 RAV Vasts are developed and produced by Andrey Remyannikov in Perm/Russia since 2013. He was inspired by the well-known Hang drums, but could not afford one at that time due to the high prices. So he decided to develop his own instrument and make it affordable for many people worldwide. He has sold over 2,500 instruments in 45 countries and employs a highly professional team of developers and sound engineers. 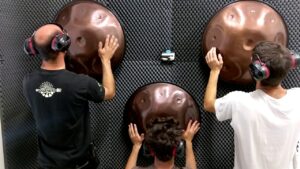 In 2006, Cédric Aimé, in collaboration with steel drum manufacturer Philippe Maignaut, based in Avignon, decided to produce its own Handpan. From 2006 to 2008, the Spacedrum® project was developed step by step and many prototypes were created to continuously improve the sound reliability and quality of the instruments and ultimately to achieve the best possible result. In October 2018 the 5th generation of Spacedrum® was launched, which is characterized by its specific soft sound. 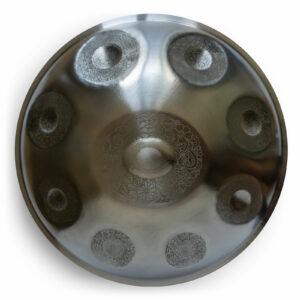 Unfortunately, there are always prejudices that Chinese handpans are of poor quality. Ugur proves exactly the opposite! Precise workmanship, beautiful design and a warm sound with long sustain! World famous players like Adrian J. Portia or Jerermy Nattagh play Ugur hand pans. More information about the manufacturer will follow shortly. 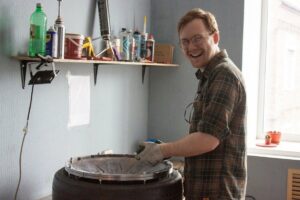 Maksim Yudin and his team develop steel tongue drums with a balanced sound, long sustain and clear timbre. His tongue drums do not need to be retuned and the price is far below compared to a normal Handpan. In 2017, the first prototype of Pulsar appeared, whose name comes from celestial bodies that emit strong recurring impulses of electromagnetic radiation. Since then, Maksim Yudin and his team have continuously improved the quality of their instruments and are working on different variations to cover a wide spectrum of different sounds.